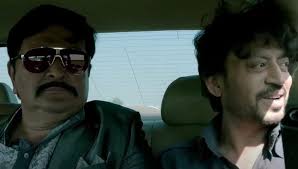 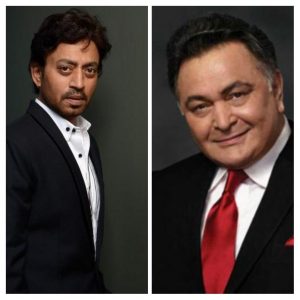 Though I never met Rishi Kapoor and Irrfan Khan personally ever and it was only through movies that I had that connection with them, I felt their loss no less than a family member. I remember I could not sleep those nights and even a few more after that incident, imagining and trying to sulk in the fact that I would never see Rishi Kapoor and Irrfan Khan ever after this in any cinema.

There will be no more chances or privileges to see magnificent performances of Rishi Kapoor and Irrfan Khan in the future. Everyone has to die and many great actors have left us in the past, but these two actors had created different magic through their performances, and because of their ability to connect to their audience through the characters they played it was tough to accept the fact that the Legends Rishi Kapoor and Irrfan Khan are gone too far. 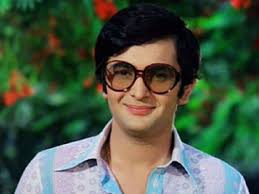 Rishi Kapoor Sir, though being an actor of my father’s generation he managed to create a place in my heart when I was a kid. Maybe because my parents, who have always loved watching his movies, listening to the innumerable hit numbers the songs that R.D. Burman composed pairing up with Kishore Kumar were all the possible reasons that made me a fan kid of this Legend and yesteryear star.

The kind of actor Rishi Kapoor had been, that lover boy image, the chocolate hero of his time had become a favorite of one and all. His charisma, the enthusiasm with which he portrayed all the characters he played had made him a place in everyone’s heart.

Rishi Kapoor has been the only actor of the Kapoor clan to have continued to be in the movies and give brilliant performances to date even after his 11 month battle with cancer. And without a doubt, his second innings as an actor was equally marvelous.

Rishi Kapoor’s songs have always helped me lift up my mood until today whenever in stress or depressed. The hit Jodi of R.D, KISHORE AND RISHI gave us some lifetime songs for almost every situation of our life. I grew up listening to his songs. More than movies, to be frank, I have lived and enjoyed and admired him through his songs. So many favorites that the list can go on….

With all these memories the best of cinema experience, the legacy that Rishi Kapoor Sir has left behind him will forever be with us and is something that will live on for generations to come.

We love cinema a little more because of this man who is a legend and to conclude on this celebrated hero a line from one of the best compositions and one of my favorites which depicts Rishi Sir’s entire life is “JEENA JISE AATA HAI WHO DIN MEIN HI MAUJ MANALE…KAL KI HUME FURSAT KAHA SOCHE JO HUM MATWALE.” Rishi Kapoor sir you will always be missed….. 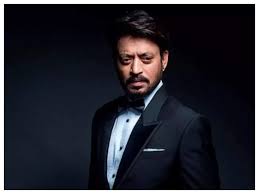 Irrfan Khan was not just a star but an actor par excellence who made acting look so effortless. He was an actor in my time. Within such a short span he gave so many worths to remember performances. One of my favorite actors of the present time. The moment I got the news I got tears in my eyes and felt miserable which never happened before with any actor’s passing away.

It’s always saddening to see our stars leaving us because that’s what cinema does to us. We believe them to be true to be living our dreams through their movies and that is why it’s natural to feel sad as they leave behind so much to remember. But this man had a completely different aura and to date, I really can’t believe Irrfan Khan is no more amongst us whenever I watch him on screen.

His eyes did wonders. They had that magic that they expressed every emotion without Irrfan Khan himself delivering too many dialogues. His eyes did most of the work. When I saw “NAMESAKE” I knew at that moment that this man is not ordinary. He is a magician and legend who could create magic onscreen with so ordinary looks.

He proved time and again with his performances in movies to name a few with “BILLU”, “PIKU”,” QARIB QARIB SINGLE”,” HINDI MEDIUM”,” LUNCHBOX”,” BLACKMAIL” etc. that good looks are not important to become an actor. He is loved for his work and that’s the reason his demise left every movie lover numb.

He established himself wonderfully in Hollywood as well. With his performances in “SLUMDOG MILLIONAIRE” and “LIFE OF PI” he had set a milestone in Hollywood too and made all Indians and the film fraternity proud of him.

Irrfan Khan made the last appearance in the movie “ANGREZI MEDIUM” where he played the character of Champak a doting father and left us and the world of cinema with another and his last brilliant performance. The film is really a must-watch for all Irrfan Khan fans and everyone else too.

“On a concluding note I would say that no words will ever be enough to express the loss and the void these two legendary actors Rishi Kapoor and Irrfan Khan have left behind, but the amount of happiness they have given me from my childhood till date I will always love you and cherish your memories and so would the entire world. May you find peace where you are now” Rishi Kapoor and Irrfan Khan Sir.

A still from the Movie D-Day Starring the legends Rishi Kapoor and Irrfan Khan.

As a fan, I wish that this D-Day should never have come and I request to heaven please give us our best stars back!!! You have taken them too far and too soon!! Will really miss you on the big screen, Rishi Kapoor and Irrfan Khan.